The Playstation Phone – real or fake? 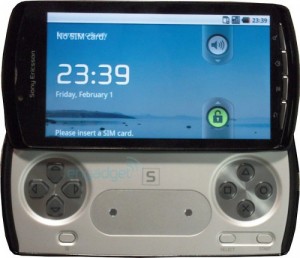 There are numerous rumors around the web about an upcoming mobile phone coming from Sony Ericsson, simply called Playstation Phone. Some say it is not real and Sony are not planning to release such device, others claim that it is real. Some pictures have hit the web space these days, which show us how the future handset would look like and… reveals that it will be running on Android OS. Pretty good thing that will surely increase the popularity of Android as a gaming platform – something for which it was criticized.

The Playstation phone will most likely have these specifications:

It is supposed that the new Sony marketplace will show up together with the release of Android Gingerbread.  The device itself is expected to hit the markets in 2011, but this is all which is known, as the device is yet in an early, buggy prototype version. So, gamers, get ready for the always-with-you game platform that will keep you busy for a long time.