Samsungs latest Android mobile phone has finally arrived amid much anticipation. The Samsung Galaxy Nexus has been receiving coverage long before its release date. Mainly because its the first phone to offer Androids new Ice Cream Sandwich operating system. Lets take a deeper look inside this puppy! 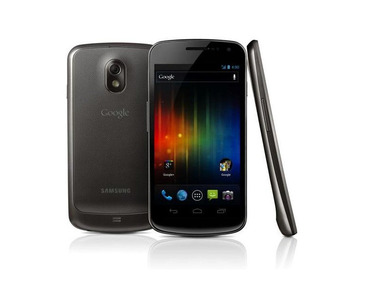 Design and feel
The Nexus gives off some good vibes on first viewing. The phone is lighter that one would expect given its large 4.65 inch screen size. Comparing the screen size to that of the, 4.3-inch HTC Desire HD screen, and the 3.5-inch I-Phone 4 screen, gives a good idea of the size of this phone. 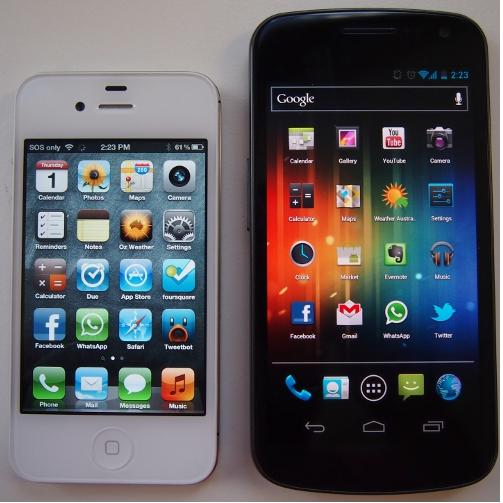 While the phone feels stocky in the hand it is light and very slim so this should not bother most people. The rear end of the phone is manufactured with a textured surface which should improve grip.

The Galaxy Nexus has obviously been laying off the carbs as it weights in at a mean 135g. This is pretty light when we again compare it to the HTC Desire HD which is 164g and the Apple I-Phone 4 which weights 140g.

Display
As we mentioned the  Nexus incorporates a large screen, big enough for most smart-phone users. The screen is a Super AMOLED capacitive touchscreen with a resolution of 720 x 1280 pixels. This is a high end screen and provides the user with a bright and stunningly sharp display. The high resolution and large screen displays images in crystal clear format. All in all its a very impressive display.

Operating System (OS)
The Samsung Galaxy Nexus is the first phone to be released with the Android 4.0 OS (a.k.a. Ice Cream Sandwich). Google developed Ice Cream Sandwich with a view to bringing tablets and phones under one common OS. We loved the feel of Ice Cream Sandwich on the Nexus. The updated OS marks a huge step up in competition from the Android OS.
One of the changes included with the OS is the navigation controls which disappear when the phone is asleep. Also gone is the search key which now forms a widget on the home screen. This tool allows you to search for your apps and browse on the web using voice or touch commands. 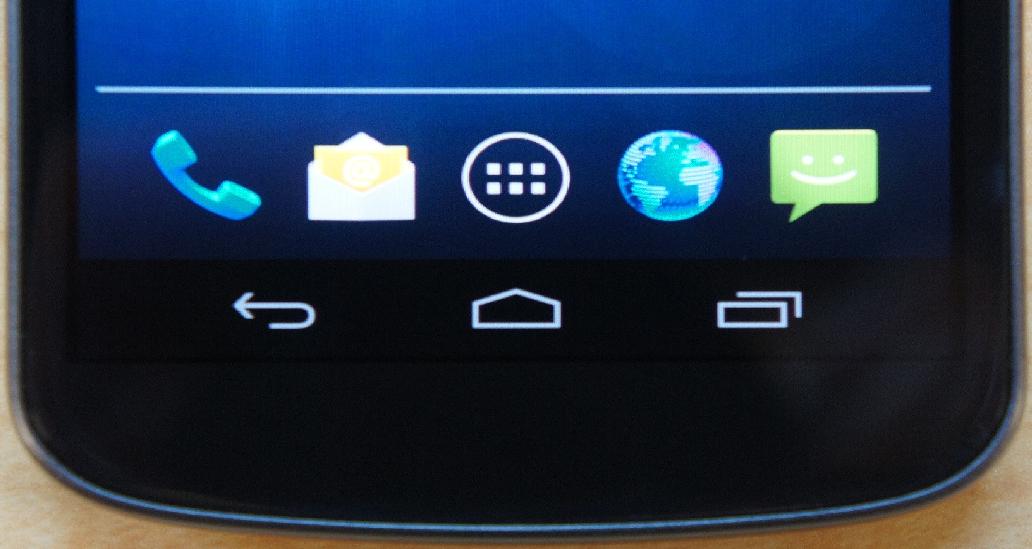 A neat addition to Ice Cream Sandwich is the ability to check your 3G usage. This is a useful tool for those not on a data plan.
General navigation through the UI feels great. Swiping through screens feels fluid and intuitive. Moving and resizing apps is also a breeze. The on-screen typing also feels smarter when compared to previous Android offerings.
Apps included with the phone include YouTube, Google Talk, Gmail, Google Maps and Google +. These additions may provide an incentive for those who have not yet signed up to a Google account (if they exist 😉
Some people are currently experiencing bugs regarding volume control, but Android will be releasing a fix shortly to sort this out.

Camera
The Nexus has a 5MP, 2592×1936 pixel, rear facing camera. The camera is autofocus and comes with an LED flash. One of the best features of this camera is the zero lag shutter. This means your shot is taken as soon as you press the onscreen button.
Another neat feature is the panorama mode which allows users to take longer images by moving the phone while taking the shot. On screen advice is provided to help getting the best possible shot.

To Conclude:
The Samsung Galaxy Nexus marks a new and exciting point in the development of Android mobile devices. Now we can see why Google choose this phone to be the first containing its newest OS. The operating system in conjunction with this high spec device is a dream to use. The device itself is without a doubt ‘pretty’, but may be on the large size for some users. At Android Mobiles we all feel that the Samsung Galaxy Nexus and Androids Ice Cream Sandwich come together in a beautiful marriage. And as we use this device we can only be excited about the offspring that this marriage will produce! Check out more Samsung Android Phones.