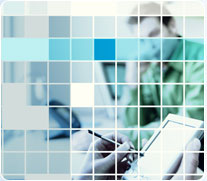 Even though it was acclaimed that GSM calls are already encrypted, software tools to break A5/1 stream cipher are easily available in the market and software experts have claimed that they can intrude into the GSM calls within 30 minutes of time which is a dangerous sign for voice calls. Meanwhile, it is also an issue that once the call has been intecepted, it becomes hard to trace the intruder.

Looking at all these aspects, Cellcrypt decided to develop an application and finally did it for android as well. This application is a singular software application which can be downloaded from android market. In order to make an encrypted call, it is necessary for dialer as well as receiver to have this application installed in their respective phones. However, different OS is no issue in this case and they can have Android and Symbian on their phones.

This voice encryption app is a VOIP app which can work on Wi-Fi or operator’s data channel on GPRS, 3G, Satellite or Edge networks to transceiver voice. Application works on public key based cryptography and each device using application generate its own private encryption key.