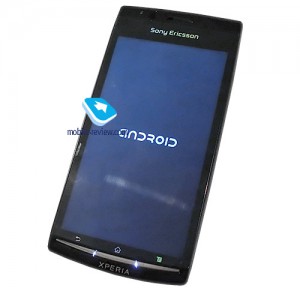 There were some rumors around the web about the new upcoming Android flagship of Sony Ericsson – Anzy X12. According to the leaks from last weeks, it should have been packed with Android 2.3 Gingerbread. But now there is some additional information, which the guys from Mobile-Review has posted, which reveals that X12 will come equipped with Android 2.2 instead of Gingerbread. It’s a bit odd decision for SE, but maybe this is their policy – they released X10 family with Android 1.6 and update to Android 2.1 is just on its way now (when most people are looking forward to Gingerbread already). And now releasing a new device with FroYo – probably SE should revise their OS policy and make their users happy, releasing the new versions of Android a bit more faster, otherwise they could face a drawback in sells.

Taking a look at the rest of the rumored specifications, Anzu X12 should have the Qualcomm MSM7230 (code named Scorpion) processor, running at frequency of 800MHz. Probably many of you would say “Why are they going down from 1GHz in X10 to 800MHz here?” but I’m sure that  our overclock-oriented readers will be happy with this processor. Some time ago the guys at XDA developers have managed to overclock the Scorpion processor in T-Mobile G2 to the astonishing 1.9GHz frequency, making about 2800 Quadrant score. The rest rumored specs include a 4.3-inch screen at resolution of 854×480 pixels and breathtaking 12MP video camera (my 700$ DSLR is not that much). Stay tuned for more information about Sony Ericsson’s new handset.