100 Doors is basically a puzzle app. It is based on a number of other similar games on the android platform namely 100 Floors in that 100 Doors uses doors and 100 Floors uses floors…. do you follow??

Escape the room is the idea…. you start each level confronted by a closed door, you must use the objects, images or hints around the room to unlock the door and escape to the next level. You might say the next level is more difficult but that depends on how your brain works! For example, some levels took me an ice age to solve, whereas the very next level the solution jumped out at me straight away… there is also the chance you might solve the level by accident. (you’ll have to play it to realise what I mean)

Play ability is great, pretty addictive, once you solve a level you could possibly use that solution or that idea on another level. So the learning aspect drives you on when you get stuck on a particular level. That said 100 Doors is known for being quite tough, a good bit tougher than 100 Floors, (by the way, as of writing 100 Floors had over 5 million downloads and 100 Doors half a million on Google Play) It’s like the hardcore version of 100 Floors, so you have been warned…! 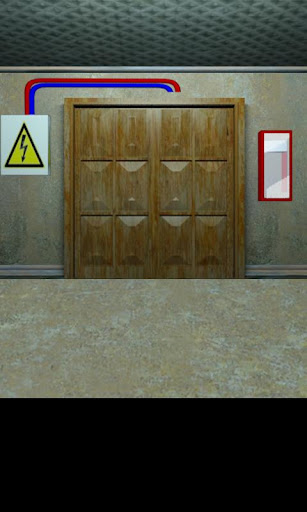 Build and graphic quality are well, lets just say Pixar didn’t design it…. but then again you don’t need super 3 dimensional images and animations that make your eyeballs tumble in their sockets! There are  few minor glitches when refreshing or transitioning to another level but the game works and that’s the main thing.

Overall a good puzzle game, well worth downloading if you few a minutes to spare in the day, those minutes could easily turn to hours of frustration trying to solve some levels!!