Syncing your iTunes playlist with your Android device may have been considered somewhat of a painful process in the past, and as with many painful processes of the past… there’s an app for that: iSyncr! 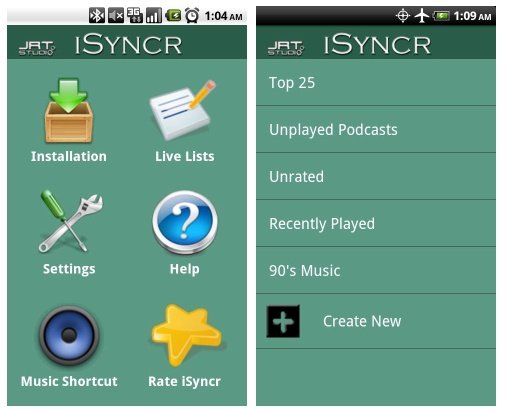 Along with apploximately 4.5 million others I bought into the iPod dream during its 4th generation back in 2005. In fact this bad boy still pumps out the tunes when required, albeit with the aid of a new hard drive and new battery. Naturally my desktop was installed with iTunes for the purpose of feeding this 60GB beast with a fair share of bopping beats. Since then iTunes has become my first preference music player around the house.

But it’s fair to say that the portable music landscape has changed since the heady days of the mid aughties. Smartphones with intergrated music players have now become the weapon of choice for the purpose of eardrum abuse. This presents somewhat of a conundrum for us ‘smart’ Android users. If that conundrum formed itself into a question it would present itslef a little like this: ‘How do I Sync my iTunes playlist with my Android device?’

The answer is iSyncr. An android application form the guys at JRT Studio which allows you to easily sync selected playlists from your iTunes library with your android mobile device. This app is extremely useful if you have started using your smartphone as a music player and wish to update the music on a regular basis. Also if you wish to limit the memory your music takes up on your device, a regular playlist sync will keep your music selection fresh. 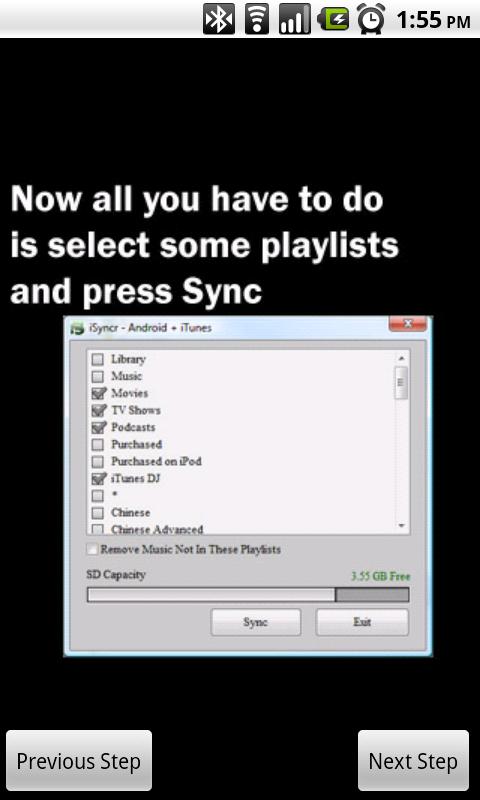 Here at Android Mobiles we found this app to be user friendly and the initial set-up is a breeze. Once the app is installed you will need to connect your device to a PC (as an external drive) and select which iTunes playlists you wish to have synced to the android device. After this initial and painless setup you are free to start syncing your existing iTunes playlists to your android device. Some of the neat features included with the paid version of this application include:

Another neat add-on is iSyncr Wi-Fi which allows wireless syncing with your playlists through your wireless LAN.

This is an easy to use application which solves an annoying problem. If you regularly update the music selection on your android device this application will be of great benefit.

At Android Mobiles we love to see simple applications which are reliable, easy to use and solve an annoying problem. Well done to the guys at JRT studio, keep up the good work.