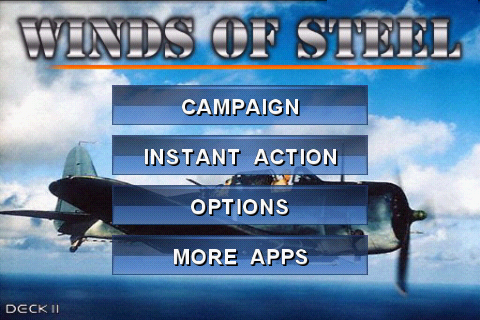 One of the best games graphics wise that I’ve seen on the Android Market. I downloaded the demo recently and was very impressed with the 3D graphics, speed and playability of the game.
You take charge of a World War II fighter plane and play a part in some of the major battles that took place of the Pacific. Control the plane using the phones accelerometer tilting left to go left and vice versa. An onscreen button controls your guns or missiles.

Overall a very well put together game from DeckEleven Entertainment, not a full bourne flight sim by any means but great to see the advancements on the android OS.
The full version is available for $2.99 and is well worth checking out.