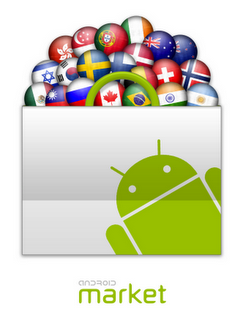 For full details visit the android developers blog. As far as I know payments are made through google checkout (correct me if I’m wrong) so you’ll have to have your credit card added to checkout to buy apps from the market. The developers blog also has loads of information for developers wanting to create paid apps. I’m really looking forward to the great ideas that are going to come out of this!