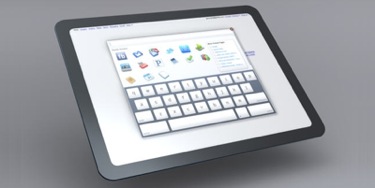 In the last several years, especially after Apple released their iPad, tablets have increased their popularity and many people are using them in their everyday life. The most popular of all is of course iPad, but it seems that soon it will have a serious competition. There are new rumors about the Google’s Android tablet.

According to these rumors the tablet is manufactured by HTC (not a surprising thing as the Google’s Nexus one mobile phone was made by HTC) and will be released on 26th November by Verizon. The date is not random – 26th November is the Black Friday – the busiest shopping day in USA – it will be a great surprise for everyone to see a brand new Google Android tablet. The first and most noticeable difference between Google’s tablet and iPad is thought to be the price. While the iPad starts from 499$ for the cheapest model, it is rumored that Google’s tablet will be free or will cost only 199$ but in both cases the tablet is sold with a contract with Verizon.

The technical specifications are thought to be quite amazing – based on Tegra 2 platform, featuring a 1280 x 720 pixels multi-touch display, a minimum of 32GB internal storage (which could be increased by using a memory card), 2GB RAM, GPS  and connectivity via WiFi, Bluetooth and 3G. Stay tuned and wait for more news around the Google’s Android powered tablet.