Google Play Gift Cards – They are real and coming soon 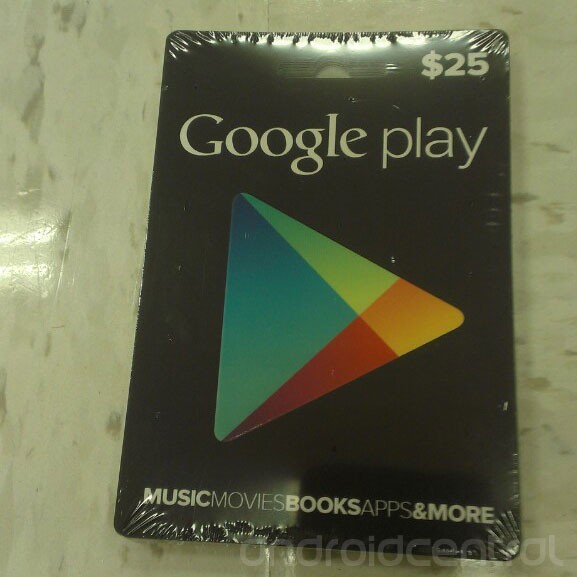 It was a while back when the notion of Google Play Gift Cards came into my head, so went on the hunt and googled the bejesus out of it… a fruitless effort, they didnt exist. What I did find was a whole host of discussions and pleas for people all over the world for Google to get up off their ass’s and create a Gift Card/Voucher for the Google Play store, it was a no brainer. Apple have been doing it for years with their iTunes store.

We are delighted and over the moon to bring you the news that now finally gift cards will become available in the not to distant future for Google Play…. Wohoo!!!!

Rumors started a few days ago when the latest apk or application file for the Play Store was updated, the folks over at Android Police interrogated the apk and found evidence for the potential addition of gift cards, just yesterday Android Central were “slipped” a few photos of the actual packaging for the gift cards. As shown above.

As of yet, all evidence points to definitely a USA launch, the gift cards are in US dollars, $10 and $25 denominations.  I’d be very surprised if there are not more including a $5 and $40 or $50 denominations. As for international currency well thats another matter…. maybe not at first but eventually. When, I hear you say will they become…. possibly end of August is the answer.

Here’s also hoping they create digital versions of them, which i think would be very useful. Any friends that usually get gifts from me at Christmas, well now they know what they are getting this year!!

On a side note… the coloured triangle, is it me or does it remind you of a certain Pink Floyd album cover??