Harman To Offer Android In Your Car 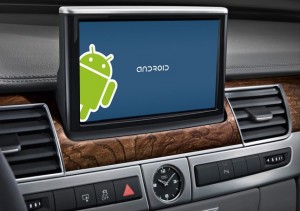 Last May, Google announced the Android open accessory protocol which gave any other USB hardware the power to connect itself to any android built devices.

Harman has just announced that they will be the first company to feature the android accessory protocol. Harman usually manufactures audio systems under brands like infinity, JBL and more. The company is the leading audio marketing platform and they are leading professionals on the stage in concerts where they perform. More than 20 million automobiles which are on the road have built in Harman audio and entertainment devices.

The android open accessory protocol is supported by all Harman infotainment and audio devices which means that users will be able utilize the new protocol in all car classes from luxury to entry level. It is already available for retro fit installations.

Using the open accessory control, in cars where the system is preinstalled you’ll be able to control any of your android devices using the dashboard or the steering wheel of a car. Drivers will be able to switch on the music apps safely and with ease. Popular and famous android apps will have the power to over lay the residing navigation software. Streaming can also be done through the new accessory protocol.

The android open accessory protocol is built in into devices with Honeycomb 3.1 and Gingerbread 2.3.4, it is a software upgrade. The protocol allows the users to control apps through dashboard or rear seat installations via USB.