Welcome to another installment of Appy Monday, this week we are bringing to you a clinker of a puzzle game. Like all good puzzle games the concept is very straight forward but actually completing the puzzles can be tricky. Bring on Unblock Car the goal of Unblock Car is to get the red car out of the car park by rearranging the other coloured  cars.

There are dozens of other sliding puzzle games on the Android platform but what I like about Unblock Car are its graphics and how smooth the game runs. The game is well built and it shows. The cars are well drawn as are the icons and displays of the interface.  The sliding puzzle peices can really be anything but making them cars stuck in a car park was quite clever. Incidentally there are a number of different them if you don’t like the cars just swap them! 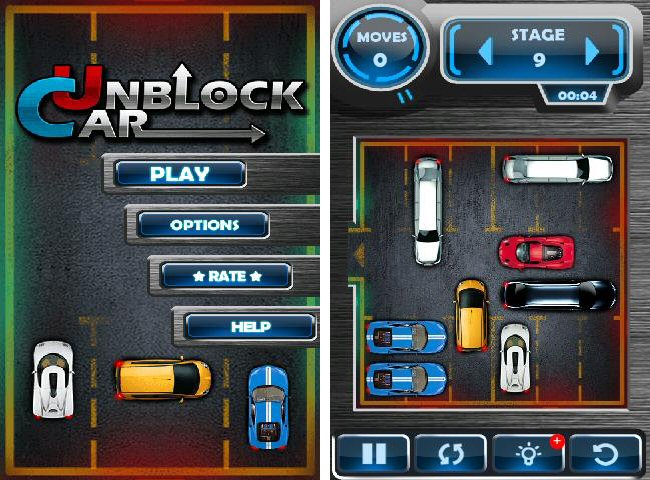 Gameplay as I said earlier about any good puzzle game is straight forward, but Unblock Car does get tricky from the outset. Each level is timed and number of moves are recorded so you can go back and try to improve your performance. There are 2000 levels on the game so you’ll be busy for sometime if you take the challenge of beating them all, you also have the option of easy, normal and hard…. I recommend easy just to start!

Boom!! Have an Appy Monday!