Where to start when reviewing the Samsung Galaxy Note really is a no brainer… the size! It is 5.7 inches high and 3.2 inches wide with a 5.3 inch screen. It not only looks big but feels big fueling the argument whether it is in fact a phone or a tablet. If you class a phone as being able to use in one hand well then the Note is a tablet! It is in the same class as the Dell Streak whatever that class is, is up to you! 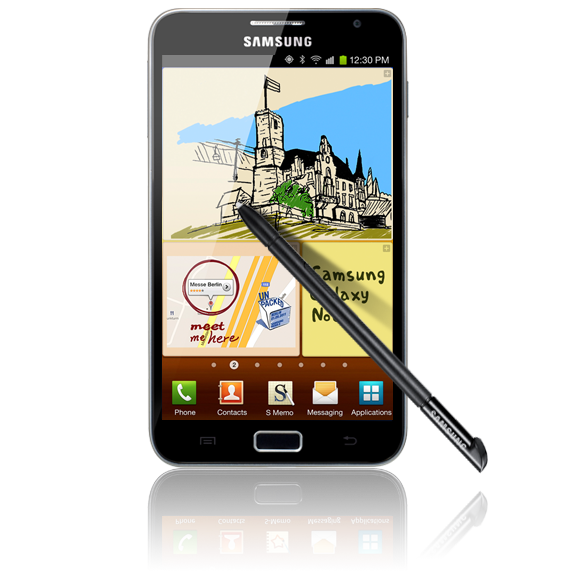 On The Outside
The front holds the 2mp camera and a couple of proximity sensors next to the slot for the speaker on the top, to the bottom is a single square physical button used as a home button, either side of this are touch buttons, menu on the left and back on the right. These light up when the device is active.

[ad#ad-2]
Top edge of the phone has a built in mic for noise cancellation and also the 3.5mm headphone jack. I personally prefer the jack to be on the bottom of my phone but most samsungs keep them on top. With the supplied earphones you can also control the volume from the remote on the earphone cable. 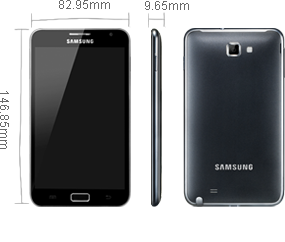 The right side edge has your power button again a samsung standard, which I think is an excellent position, although on this big phone a small hand my struggle to get to grips with it!
Bottom edge to the right there is the pen stylus, it slides into the phone and discreetly clicks into place. (more on that later) The micro usb port is also on the bottom, smack bang in the middle.
Left side, up near the top we have the standard issue rocker style volume buttons.
On the back face at the top there is the 8mp camera and a single LED light for the camera flash, at the bottom we have a little grid behind which is the microphone.

Build Quality
For its size the Note is pretty light weight, in fact the battery is the main culprit for the any extra weight gain. With light weight comes a feeling of poor build quality… which is a shame as its’ not terribly bad, sure, you have the flimsy plastic back like the samsung galaxy s2, which is and always has been questionable but to me its functional and acceptable when its traded for weight.
The back is secure but easily removable to gain access to the battery, Sim card and the micro SD card. Its a plastic body with a shiney/metaly surround again it’s ok but it still lacks the spark of class an iPhone has. One thing it does share with the iPhone with regards to quality is the screen, both have Gorilla Glass, but the Samsung Galaxy Note has a alot more Gorilla! 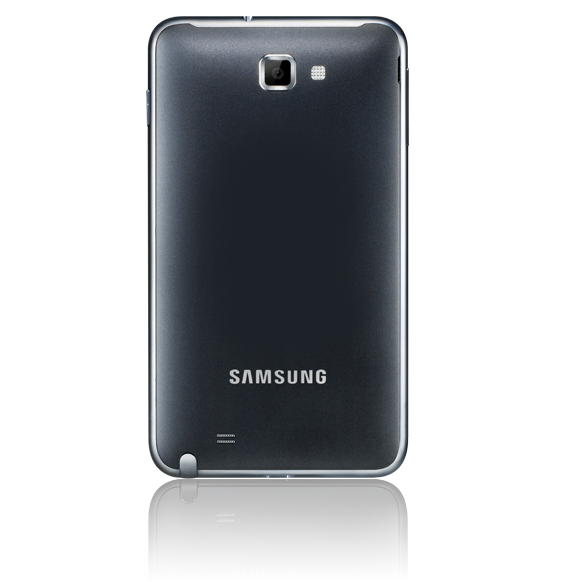 The SCREEN it’s 5.3 inches! Boom big, truly amazingly big, bright and sharp, without doubt the best feature of the phone. Contrast is excellent and colours are vibrant. Its takes a while to adjust to its size but once you get used to it you’ll love it and use nothing less!

A bigger screen of course means a bigger keyboard… in portrait mode the keyboard is almost as spacious as any normal sized phones landscape keyboard, its a joy to use… chubby fingers have a friend here. Turn it to landscape mode and your thumbs get great exercise as they stretch across the glass! 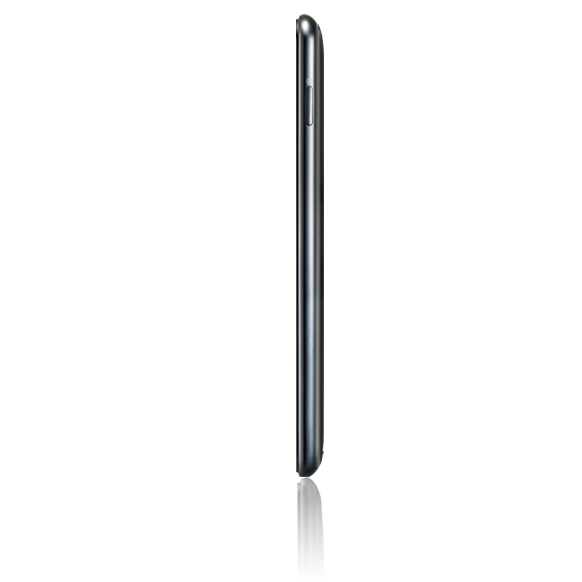 The camera, is said to be as good if not better than the latest iPhone’s… I’m not going to argue! At 8 MP it packs a punch and is loaded to the hilt with different setting options, flick the button and you’re on to HD quality video, combine the camera with the beautiful screen and its almost like looking straight through the phone the image quality is very impressive.
The one led flash is adequate, a nice touch is the ability to leave the flash turned on during video recording giving light if you are recording in the dark.

The stylus… purest such as Jobs would sigh to see a phone with a built in stylus, why do you need a stylus when you have 10 on the end of your hands? Jobs would ask.
Well it depends on what you use the phone for I suppose, Samsung are pushing the Note’s ability to take notes…! surprise surprise. For this the stylus is good, its a quick option if you want to jot down a few random thoughts or draw a sketch perhaps as a reminder, pull out the stylus, tap the screen and draw away. For quick notes it’s better than typing. the stylus also has a number of buttons for added flexibility. What you need to remember with this stylus is that it’s not the same as the ones of yesteryear, the Note has a capacitive screen making it very responsive and the stylus thrives allowing pressure sensitive interaction. 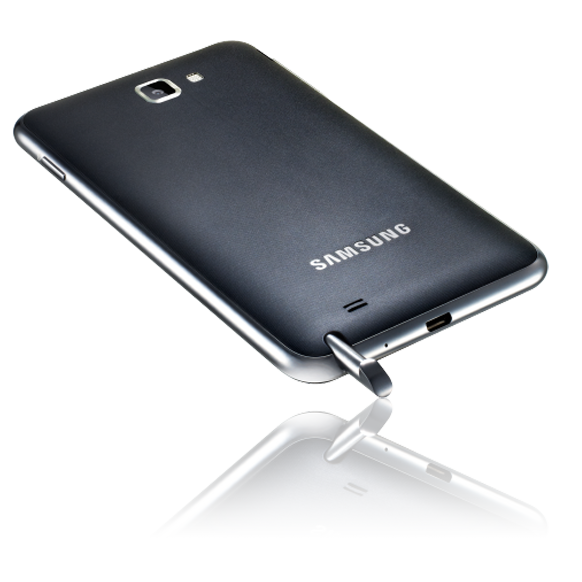 On The Inside
The note has some slight differences in its OS compared to the standard samsung software, it runs on the Android 2.3 platform but Samsung have spruced it up and added a number of extra apps to enhance the usability of the Note. Some say the extra software is bloat ware and can be a strain on the resources of the phone, either way, most of the apps can be removed!
Rumors at the moment lean towards the Galaxy Note soon getting Android 4.0 Ice Cream Sandwich (ICS) which will be nice.
As for processing power, a dual core 1.4 GHz Cortex processor is well able to handle the OS, its nifty and reactive just as you’d expect. 1GB of Ram will suffice.
Internal storage options are 16 or 32GB depending of the model you buy and the micro SD is expandable to 32GB.

Battery life
A standard battery for a 3.5 to 4.3 inch screen phone is about 1400 mAh, the samsung note holds a 2500mAh battery and every milliamp is needed. It’ll take about 110 minutes to charge from empty to 100% and I’m guessing this baby will need to be charged during the day if you are a heavy user. 5.3 inches is a lot of screen to power!

All in All
Get the full specs for the Galaxy Note. If you can handle the size and rein in the heavy usage its a great option for a phone. Enough said!