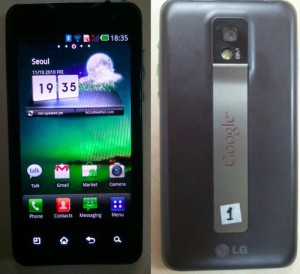 We’ve seen the power of the Tegra 2 platform in many tablets but until now no one has integrated it into a mobile phone. There were rumors that the second Android phone – Nexus S will be running on Tegra 2, but they came out to be wrong. However, another phone will keep a Tegra 2 chip inside its body – LG Optimus 2X (which was formerly known as LG Star). At first it will be present only on the Korean market in January next year and after that followed by the Asia and European markets.

The specifications of LG Optimus X2 are quite impressive and if it wasn’t the small screen, everyone could think that these are the specs of a netbook. As already mentioned, the core of the handset is 1GHz Tegra 2 processor, supported by 4-inch WVGA screen, 8GB internal memory (which can be expanded via the microSD card slot with up to additional 32GB), 8MP rear camera and a 1.3MP front-facing one for video calling, HDMI mirroring, 1080p MPEG-4/H.264 video playback and recording and 1500mAh battery. At first the device will be offered with Android 2.2 FroYo as its OS but later on LG promise that you’ll be able to upgrade it to the just announced Android 2.3 Gingerbread.

All these specification look really fantastic and I’m sure that LG Optimus X2 will mark the start of a new era in the mobile phones’ life. Having a 1GHz 2-core processor in your pocket is really amazing. I remember the time 10 years ago when I had my first Pentium PC running at 400MHz – it was so big and noisy and now my mobile phone is times faster and smaller. All that’s left is to wait for the final price and head to the stores as soon as the LG Optimus X2 is released.