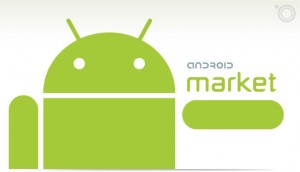 Everyone loves to have a lot of applications on their disposal and a variety to choose from. Apple users have more than 150 000 application in iTunes. Although Android fans can’t say such a thing for our market, we are still happy with it and the growing number of apps in it.

Andy Rubin was quoted in the latest press release announcing the T-Mobile G2 mobile phone, saying that Android Market currently has more than 80 000 applications. For those of you who haven’t heard about Andy Rubin, he is the Vice president at Google, overseeing the development of Android, and he is among the founders of Danger Inc. and Android (which was later acquired by Google). Here is what he says:

“One of the advantages of an open platform is the opportunity for developers to create rich mobile experiences and seamlessly get those experiences into the hands of consumers. From new services, such as Voice Actions, to mobile applications, developer-led Android innovation is flourishing. On Android Market alone, the number of applications available to consumers has grown from just 50 applications two years ago to more than 80,000 applications today.“

However it is not possible to say the exact number of applications, nor the number of games, applications, icon packs, themes and so on. It is also usual to have “crap” applications (like an app that just displays “Hello World!”) or ones that doesn’t work, but it’s not an easy job to keep the market clean and full of only valuable applications. After all, we should be happy that the market grows with such speeds.