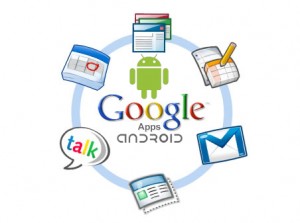 Google has just announced and is celebrating a great success for their services – more than 3 million companies, schools and organizations have “gone Google”. This means that they have switched all their software (of course – where applicable) to Google’s own assortment of applications. This is really a great success for Google, having more and more people rely on their services will make Google work more on them and make them better every day.

In order to celebrate this, during an event in Paris, called Google Atmosphere, Google announced and presented a new version of Google Docs for Android and iPad that will enable mobile editing and synchronizing of documents between Google Docs and your device.

However, it’s not yet clear whether they will be updating the mobile version of Docs website, or a native application will be created. In both cases, it’s a great feature and we will keep you informed about future updates and news. And I’m pretty sure that this is just the beginning of a wave of improvements in the online services of Google, as Chrome OS should go live soon and it will rely mainly on them.