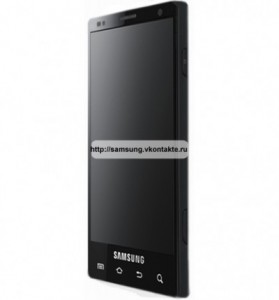 For some months rumors about the new Galaxy S mobile phone – Samsung I9200 are going around the web. But now these rumors seem more and more real because there are leaked pictures and specifications. If the specifications are true, this will be one monster handset.

The leaked specifications of the Galaxy S2, which is not yet confirmed by anyone official, are:

The handset is expected to hit the markets in Q1 2011. I don’t know if these specifications are real or not, but everyone else – HTC, Motorola have announced their future devices for the early 2011 but Samsung remains silent. This makes me think that they are preparing something big and specifications like this may be really present in the upcoming Samsung handsets. Stay in touch for more news about the upcoming Android devices.