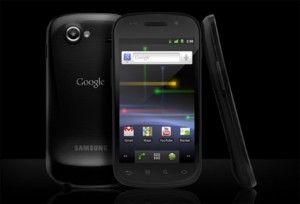 By now you have all heard of the latest smartphone from the Google and Samsung partnership – The Nexus S. It will be one of the major players with regards smartphones in 2011 and has some high spec advanced features. It’s definitely a phone to put on your wish list if you are looking for a high end Android device or iphone for that matter, it ticks a lot of boxes with the new gingerbread version of Android (2.3) But where to get it, thats the question…?

So far we have heard Vodafone will be selling the Nexus S on their network, the previous Nexus was only available online through a Google phone store but Google this time have decided to go the more traditional route to market.

Carphone Warehouse have announced they will be offering the Nexus S on vodafone contract in the UK and Ireland but did not give an exact date, saying only that it will be soon… how soon that is, time will tell. Vodafone are said to be the exclusive carrier, it will be interesting to see the price point it comes out at compared to the iPhone.

If you cant wait and are willing to fork out the extra for a SIM free version take a look at expansys.ie they are offering the phone sim free and are available now.