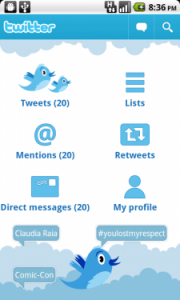 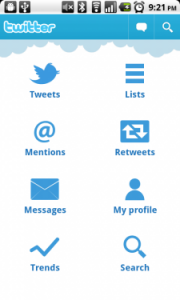 The season of holidays has ended and everyone has started working hard on new stuff or improving the already existing stuff. Developers from Twitter are not an exception. The micro-blogging website uploaded a new version of their official Android client – simply called “Twitter for Android”.
Neither in the description in the Market, nor anywhere else has there been published any information, regarding the changes and new things in the updated 1.04 version. But starting the application, the first and most noticeable thing is the changed user interface. The animation with the clouds and the bird at the bottom of the screen is missing. Instead, two new buttons have been added – Trends and Search. Tapping on Trends, as it is expected, it will let you view the trends. With the Search button you are able to search Twitter right from the main screen.

I think that there are also some bug fixes and background improvements but all this is just a guess until official information from Twitter is released. However, the cute animation with the bird will surely be missed by many people, but who knows, maybe next spring the bird will fly back on our displays. For those of you who can’t find it in the Market, the application is only for devices running Android 2.1 and up. If you are on 2.1 or 2.2, scan the QR code below to download the application. 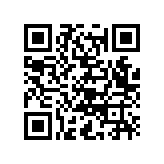