Why I Will Never Buy An iPhone 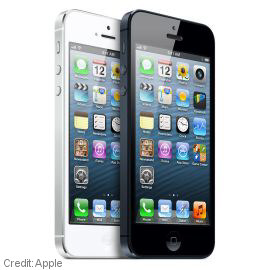 With the launch of the new iPhone 5 (or is that 4.2) the other day the world is swept up into iPhone fever. Folks are rushing out to get their hands on their shiny new best friend. All this hoopla (or what Psychologist Robert Cialdini may refer to as Social Proof) over a phone, an Apple product, regurgitates in my head the core reason (get it, apple – core!) I will never buy an iPhone and it’s this same core functionality that Steve Jobs insisted on in the development of the iPhone and indeed iPad…. locking the them down, tying them to iTunes.

Jobs had a vision and he followed it, steadfastly and I respect him for that, it doesn’t mean I can’t disagree with him. I hate the idea of having to load a certain piece of software just to view, add or remove  files, pictures, videos, whatever from my phone or any device for that matter (some digital cameras come to mind). I often wonder do iPhone users know this…. an Android phone you can just plug into any pc and add or remove files just as you would with a usb memory stick, no other software is required. Apple you have to use their software.

A cable of course is required, but not a special cable, most android phones now have micro or mini USB, yes that’s the same as you use for your camera or your GPS or non Apple mp3 digital music player, I even have a torch that uses a Micro usb port! Point is, they are everywhere, they are a standard. If you buy an Android phone I’d be pretty confident you already own a cable that connects to it and if you buy an Android next year or three years time chances are, that cable will fit it, unlike the new iPhone 5 cable where that cable fits an iPhone 5 and an iPhone….. or maybe an Apple…. no just an iPhone 5. Apple you have to use their cable.

Ok, lets just say you are happy with the ties iTunes cast’s upon you. Are you happy with how the iPhone looks? No… sure just change to another iPhone design…. oh no hold it, you cant, no you can, just go back a model or two. I don’t want this post to be an Apple bashing and a hail to Android post as I do think Apple make a great phone but there is no way that one phone can be perfect for everybody and this is what Apple are telling people and they buying into it, upgrading into it! Robbing people’s individuality. Apple you have to use their style.

Dear iPhone user, when was the last time you turned to a fellow iPhone user and said “hey look did you see what I can do with my phone?” Bar showing them an app (which they can just go and download and do the same as you) I’m guessing it was years.

Joel Runyon worte a blog post about meeting the inventor of the first PC, Russell Kirsch, in a cafe in Portland. Kirsch made a great point about tablets on how they are used to consume information, how they lacked the ability to empower the user to be creative, unlike a PC where you can learn multiple languages to create code and develop software, tablets he felt stifled creativity. I feel its the same with an iPhone… You have to use Apple’s software, Apples’ cables and Apple’s style. Blinkered to use Apple and that’s why I will never buy an iPhone.

1 thought on “Why I Will Never Buy An iPhone”