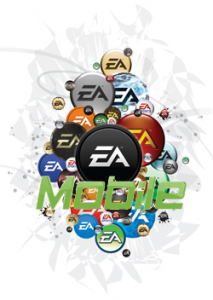 During The Deutsche Bank Tech Conference one of the leading companies on the gaming market – Electronic Arts (EA), popular with its computer, console and mobile games, has announced that they are going to develop and distribute titles for the Android platform. Their new CFO, Eric Brown, declared that they see Android as the next big thing in the mobile gaming industry and are preparing to step into it.

He also says that there should be made some changes in the Android market so that it will be able to compete and even overwhelm Apple’s App Store:

“I think the next big positive wave to push better growth in mobile will be the deployment of an App Store equivalent for the Android operating system,” Brown said at a Q&A as part of the Deutsche Bank 2010 Technology Conference. “We think long term … the Android market is going to take its share.”

Probably the guys at EA have seen the numbers and statistics from the different sources, which all show that Android’s market share will continue to grow, controversial to the one of iOS. According to some numbers, in 2014 about 25% of the mobile phones will be running on Android while those on iOS would be only 11%.

This latest information from EA, together with the news that Unreal Engine is also going to Android, makes everyone believe that Android is going to become one of the leading platforms in the mobile gaming industry.